As of September ’23 René has been active in the field of testing for a quarter of a century without ever experiencing a dull moment. Having been active in various roles in between such as Academy Coach, Unit Manager and Oracle Alliance Manager, his passion has always remained software testing, having done projects and assignments ranging from politically sensitive as a Test Manager to creating test scripts using Oracle ATS or Selenium.

Since 2021 René is known as the Testimist, a test positivo describing himself as Enterprise Automation and Management Specialist, combining ubiquitous testing principles with Test Automation and Robotic Process Automation into integrated automation solutions for customers. On the one hand this means analysing, preparing, developing and setting up test automation, on the other hand getting the attention of non-IT oriented disciplines on testing and quality topics (…while making and executing tests still remains the most fun thing to do…)

Talking about Test Automation and the Architecture of it all has brought René on several international stages and at testing guilds or Centre of Excellences at various large Dutch and global customers. 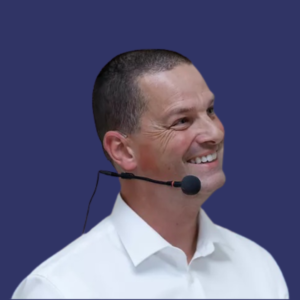 Oh no, it happened again. Someone brought in a test automation tool that will solve all our problems, because that someone has seen the perfect demo and of course it will help automate everything and it will replace us all. Is there no one who dares to explain to all involved how to set up a clear and well thought out architecture for test automation.

Many Test Automation efforts these days are struggling or horrible failing because they started the wrong way. At the start of a Test Automation implementation two things are imperative; start with the “Why” and build a solid Architecture. So let us explore the aspects under this “Why” and look at the questions that should have an answer before building a reusable and solid architecture for your Test Automation adventure.

Because … isn’t reducing risk one of our core qualities?!

We Are Here To Assist You

If you have any questions or queries a member of staff will always be happy to help. Feel free to contact us by telephone or email and we will be sure to get back to you as soon as possible

This website uses cookies to improve your experience while you navigate through the website. Out of these, the cookies that are categorized as necessary are stored on your browser as they are essential for the working of basic functionalities of the website. We also use third-party cookies that help us analyze and understand how you use this website. These cookies will be stored in your browser only with your consent. You also have the option to opt-out of these cookies. But opting out of some of these cookies may affect your browsing experience.
Necessary Always Enabled
Necessary cookies are absolutely essential for the website to function properly. These cookies ensure basic functionalities and security features of the website, anonymously.
Functional
Functional cookies help to perform certain functionalities like sharing the content of the website on social media platforms, collect feedbacks, and other third-party features.
Performance
Performance cookies are used to understand and analyze the key performance indexes of the website which helps in delivering a better user experience for the visitors.
Analytics
Analytical cookies are used to understand how visitors interact with the website. These cookies help provide information on metrics the number of visitors, bounce rate, traffic source, etc.
Advertisement
Advertisement cookies are used to provide visitors with relevant ads and marketing campaigns. These cookies track visitors across websites and collect information to provide customized ads.
Others
Other uncategorized cookies are those that are being analyzed and have not been classified into a category as yet.
SAVE & ACCEPT
Powered by